Now time to start making up some ground on the post landscape.  Starting on November 25, 2011 the Valley Railroad began running their popular – and often sold out – North Pole Express trains.  Because of their popularity, they had planned on running two steam-powered trains at the same time each night – one with veteran 2-8-2 No. 40, and the other with the newly completed 2-8-2 No. 3025.  Through November and December I got out to photograph a number of these runs, getting shots of both 40 and 3025 at various points along the Valley Line, between Essex and Chester, CT.  And I’ve pulled together a recap of those shots here, in one post.  This is going to be one of my short on words, long on photos post.  So grab a beverage, and check out the shots.

Lighting used for nearly all of these shots was my two Lumedyne flashes, triggered by Paul C. Buff CyberSync radio triggers.  There was one shot at Essex Station that was lit with ambient light, and a little help from Kevin Madore’s flashlight.  Feel free to post any questions or comments below in the comments section – or drop me a line if you’d like. 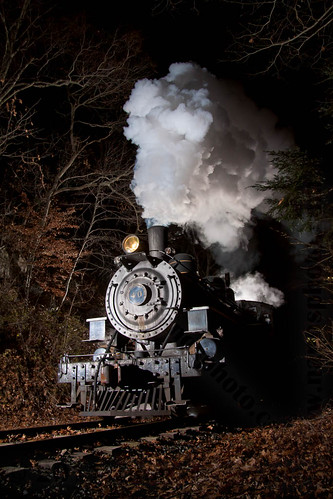 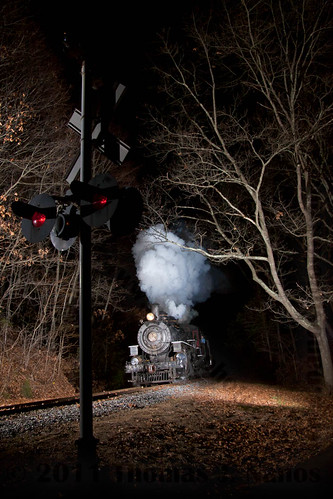 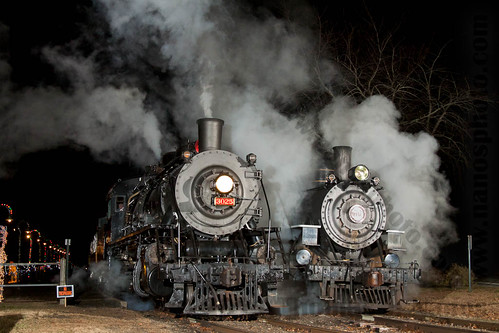 Distant Cousins
Valley Railroad's newest locomotive, No 3025, pulls out of Deep River Landing, as veteran No 40 waits to continue south. 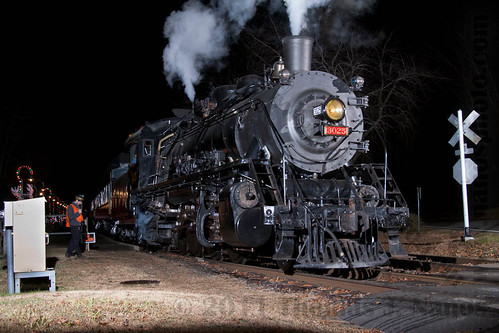 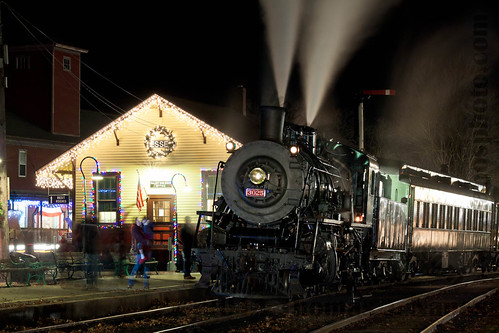 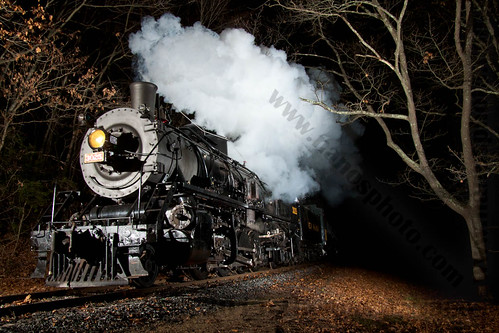 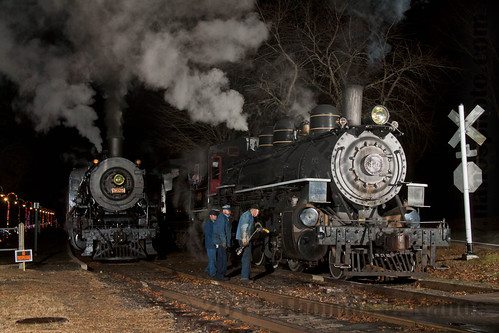 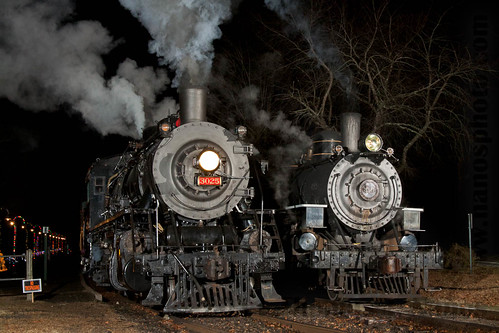 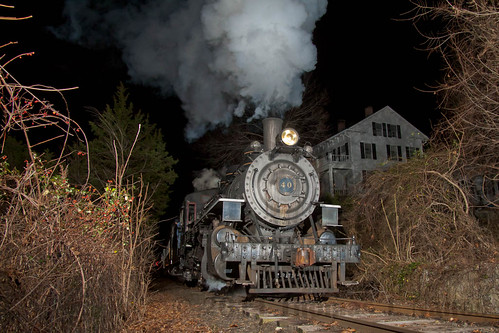 Out of the Cut
The first North Pole Express of the evening, powered by veteran 2-8-2 #40, pulls through Tate's Cut in Deep River, CT. Inspired by a Kevin Madore shot of #97, I decided to try it myself. A bit different, but I think it came out OK. 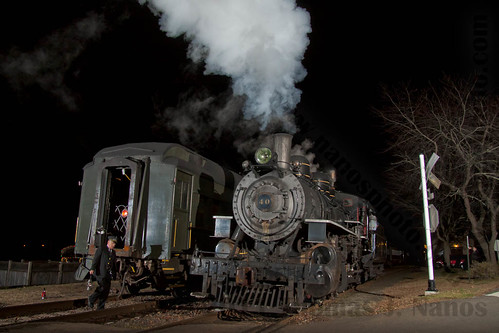 Deep River Runaround
North Pole Runaround. Valley RR #40 runs around her train at Deep River Landing - AKA the North Pole - earlier this eveing preparing for the southbound trip of this North Pole Express. 11/30/11 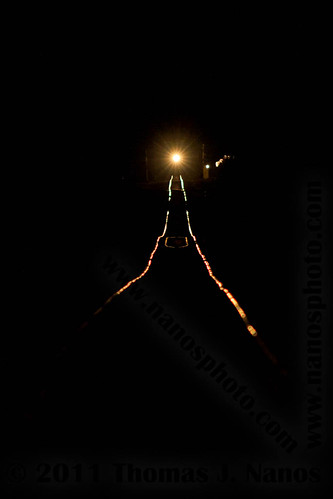 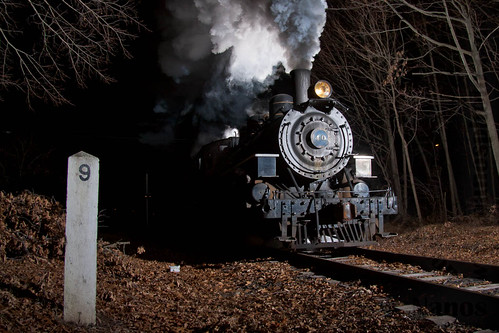 At milepost 9
Now to the O. Winston Link inspired shot of the evening. Not happy with this one overall - couldn't get wide enough to get more of the smoke plume in the frame. Plus I tripped the shutter a bit too early... oh, well - live & learn... 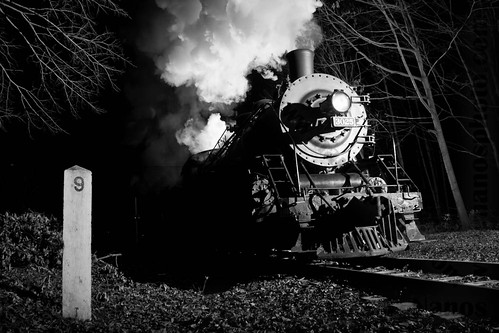 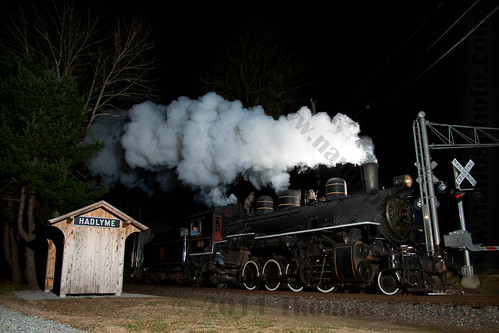 Hadlyme Station
#40 with the first North Pole Express of the night, passing by Hadlyme station in Chester, CT. 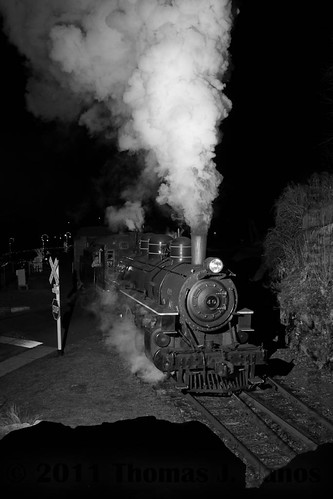 40 Into the Cut
No 40 pulls out of Deep River Landing heading north. 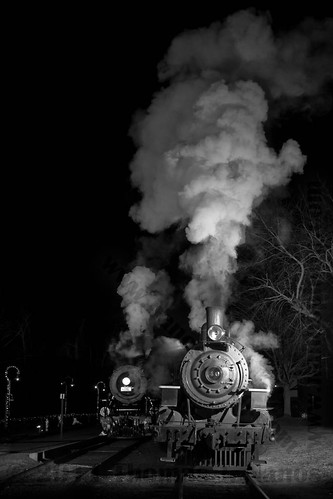 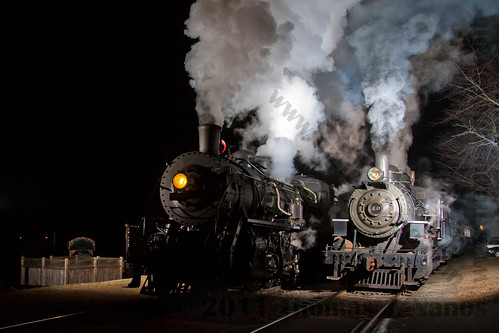 Shadows and steam
No 3025 pulls north out of Deep River Landing, and into the darkness, as No 40 waits to run around her train and head south. 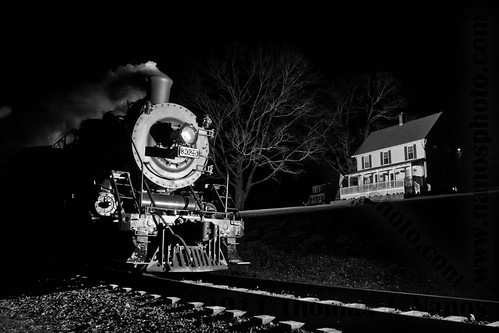 Out of the Shadows
Valley Railroad Mikado No 3025 leads the North Pole Express through Chester, CT. This photo also appears as a part of my article on No. 3025 in the March 2012 issue of Railfan & Railroad magazine. Strobist Info: Two Lumedyne flashes. 400 w/s illuminating the house & tree located behind the locomotive, and a 200 w/s off frame to the right to illuminate the locomotive nose/tracks. All using standard Lumedyne reflectors with no modifiers. All triggered by Paul C. Buff CyberSync triggers. 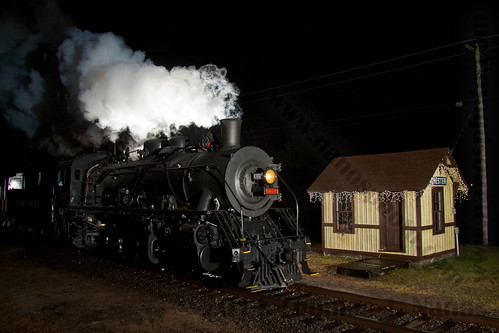 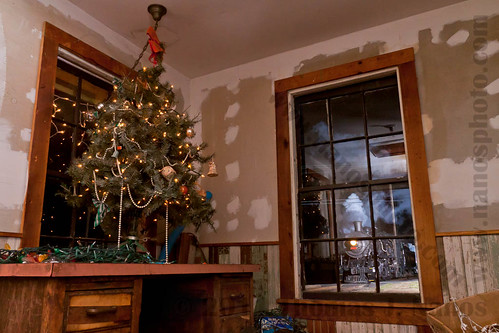 From inside Chester station
The viewe from inside the Chester Station building as No 3025 brings another North Pole Express northbound. A huge thanks to my daughter Katina for helping me get the flash placement right (she was running the camera during the tests) 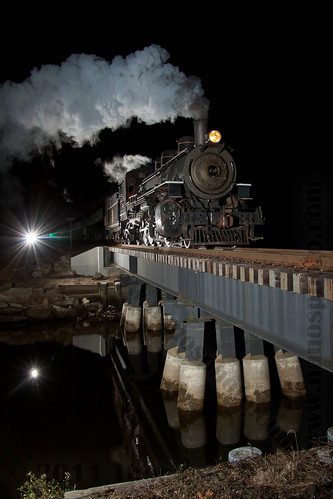 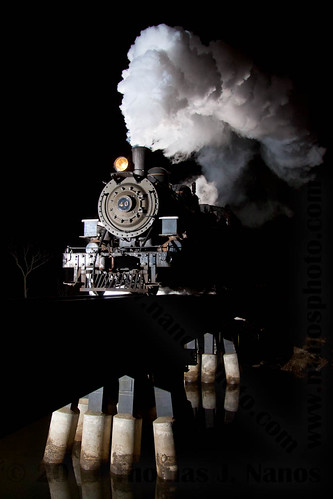 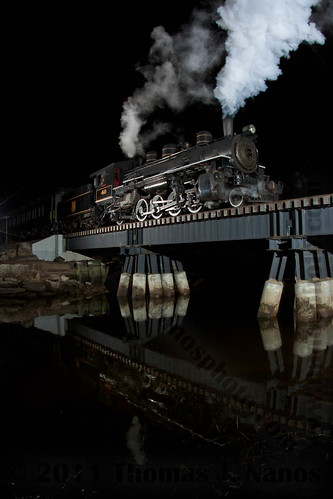 2 thoughts on “Nights on the Valley”