Yep, been tied up on many other things lately, so shooting time has been at a premium – never mind keeping the blog updated.  Things have been happening, though, so it’s not like everything is at a complete standstill.  I’ll be making another announcement soon about a gallery exhibit I’m participating in starting later this month – more on that soon (if you’re a friend of mine on Facebook, you already got a sneak preview).  Anyways, here’s a quick batch of photos for you to check out from earlier this month in the meantime.

Back on March 8th I managed to get out for a bit and catch Providence & Worcester train NR-2 in Niantic.  They had to make a stop at Ring’s End Lumber to spot a car, but I also managed to catch them meeting an Acela at the Niantic River Drawbridge.  It was a windy morning, and with the wind whipping off of the water, it was driving sand dust into the air, fogging up the view.  Still managed to get a few good shots.  And here they are: 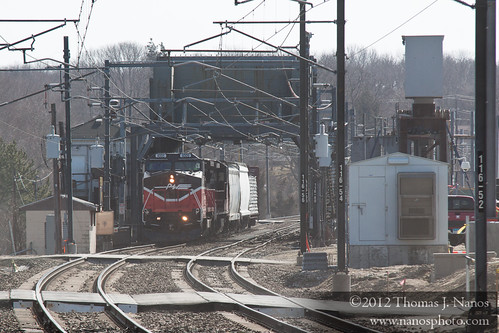 NR-2 at NAN
Providence & Worcester train NR-2 crosses over the Niantic River drawbridge (NAN) in Niantic, CT as a strong wind kicks up sand from the beach along Niantic Bay. 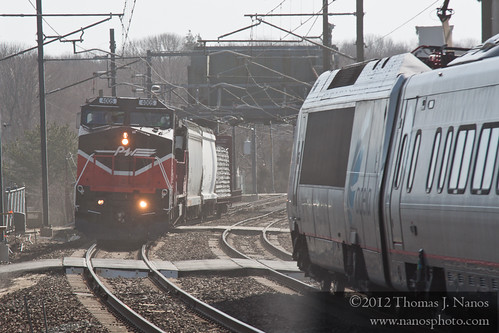 NR-2 and Acela meet at NAN
NR-2 meets an eastbound Amtrak Acela at NAN as the wind continues to kick up sand. 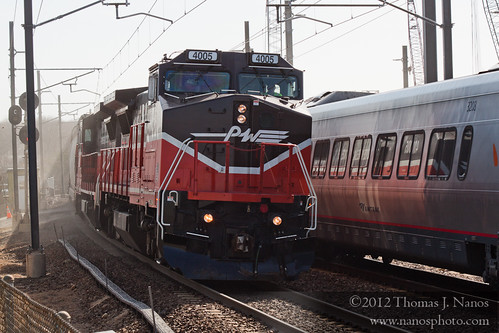 Acela and Freight Meet at NAN
Providence & Worcester train NR-2 heads west on Amtrak's Shore Line near the Niantic River Drawbridge (othrewise known as NAN), as an eastbound Amtrak Acela meets the freight on the western approach to the bridge. NAN is undergoing a replacement project, and with the windy day we're having today, a lot of dust is in the air, causing some interesting shadows on NR-2's left side. 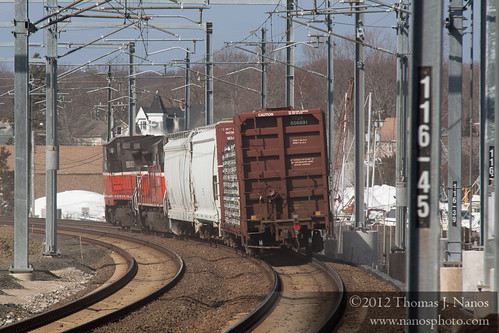 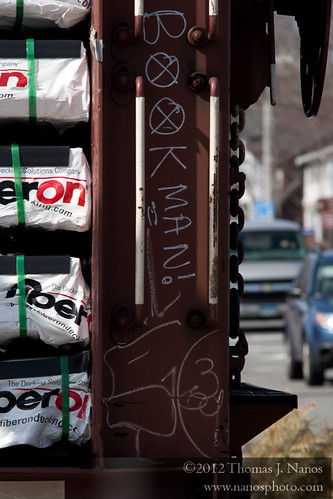 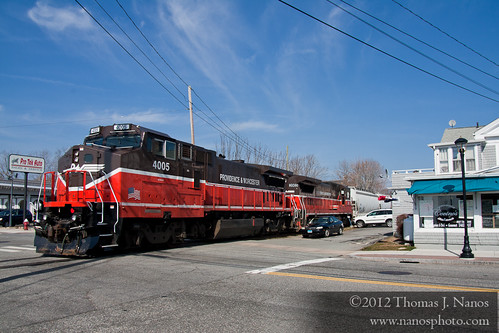 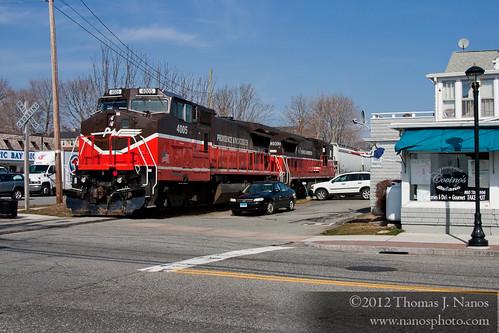 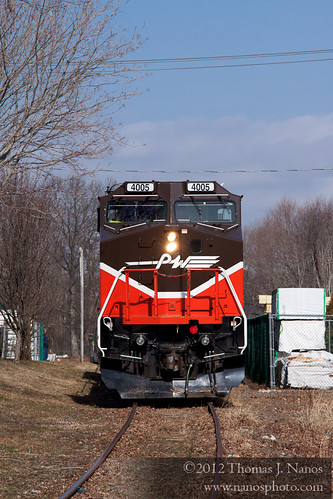 Waiting to move
P&W NR-2 waits for the signal from the conductor to cut away from the car spotted at Ring's End Lumber in Niantic, CT 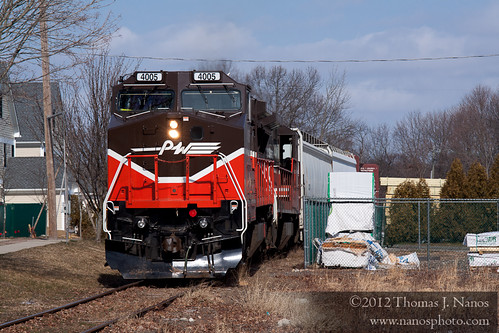 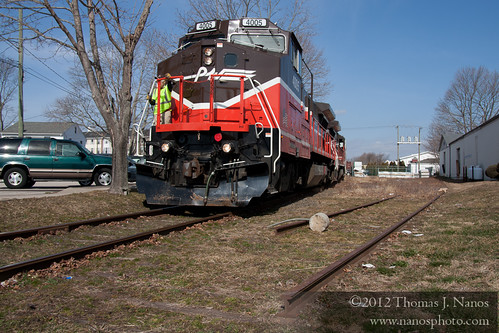 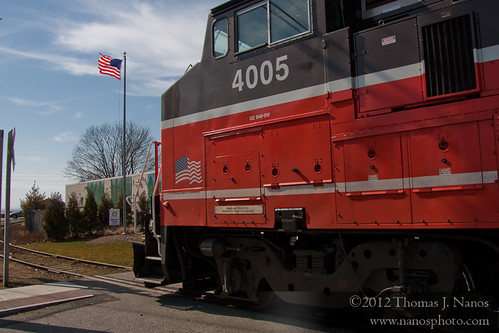 Two Flags
NR-2 crosses Main Street in Niantic, where two US flags are visible - one in the strong wind, and the other on the side of PW 4005