Hey everyone!  Yep, it’s been a while since I’ve posted anything here on the old blog.  But that doesn’t mean I haven’t been out shooting – just the opposite!  Granted, I’m not out every day like I have been in the past – life gets in the way much too easily these days – but I have been getting out to shoot the railroading scene here in southeastern Connecticut from time to time.  While I continue to collect my thoughts, and decide what to post up here next, I figured I’d put up a post with a smattering of photos from the first half of 2013.  Scroll on down, and check out 17 shots from earlier this year.

I’ve picked out a handful of photos from the past six months – some daytime, some night, and even a couple from our recent family vacation to Virginia, Tennessee and Kentucky (more of these later too).  So sit back, check ’em out, and let me know what you think.  They’re all captioned appropriately as well as appear from oldest to most current, so you can get a feel for what’s going on. 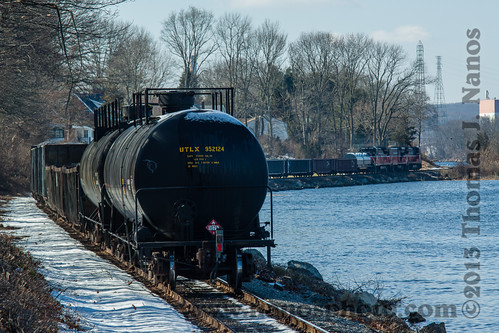 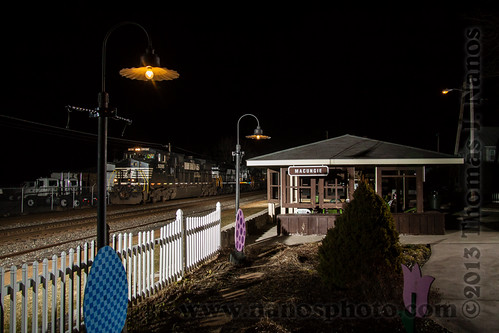 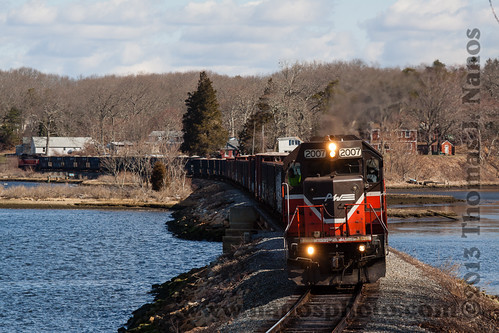 Stone over the Cove
Providence & Worcester train NR-2 crosses over the inlet to Poquetanuck Cove, leaving Preston and entering Ledyard earlier this morning. The train currently has about 40 loads of stone in tow, and will be picking up another 40 or so in Fairview yard, Groton. The stone will be heading for customers in New York on the New York & Atlantic Railroad. 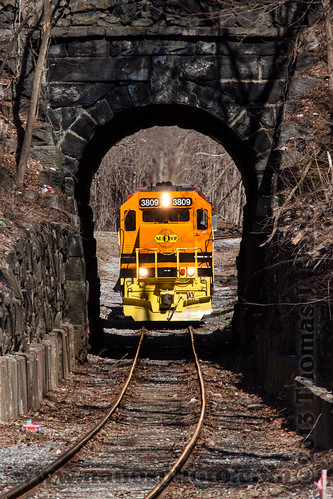 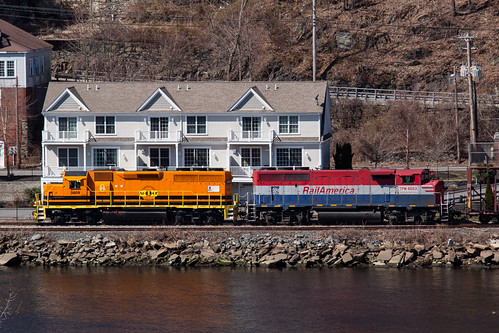 Changing of the Guard
With the recent acquisition of RailAmerica by Genessee & Wyoming, all former RA roads will have their power repainted in the uniform G&W colors, save for the specific road's G&W-esque logo. Here's the two paint schemes side by side along the Thames River in Norwich, CT 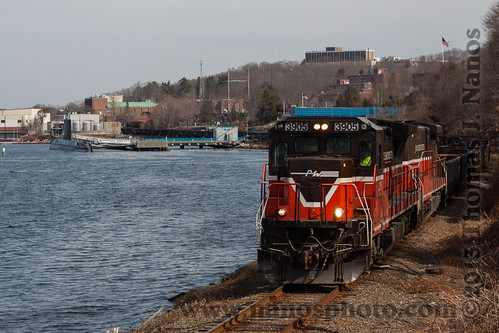 Gons and a Sub
Providence & Worcester train NR-2 heads southbound past the USS Nautilus in Groton, CT with 38 gondolas containing steel billets, bound for New Haven, CT. The Nautilus, the first nuclear powered submarine, is a part of the Submarine Force Museum just outside the US Navy Submarine base, part of which is visible in the background. 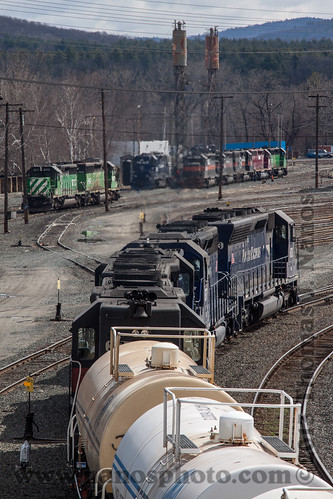 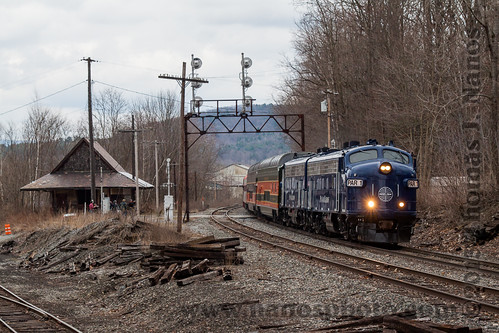 F-Units at Eagle Bridge
An excursion chartered by High Iron Travels passes through Eagle Bridge, NY on PanAm Railways. The train originated in Boston, MA and would end up with passengers leaving the train in Mechanicsville, NY. 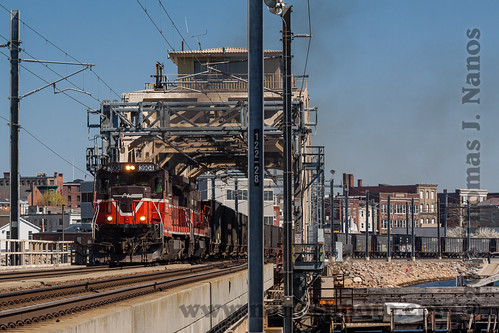 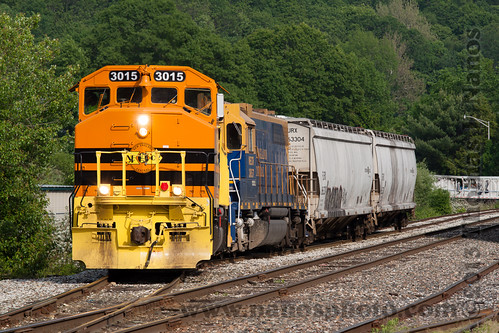 New and Old
New England Central train 610 works the Yantic Runaround in Franklin, CT on May 29, 2013 with both new and old paint schemes for power. 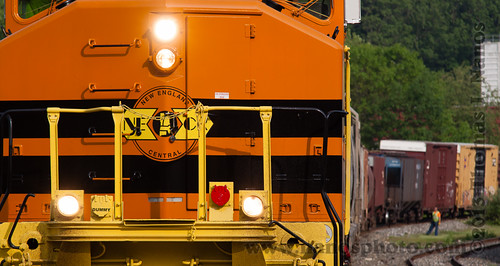 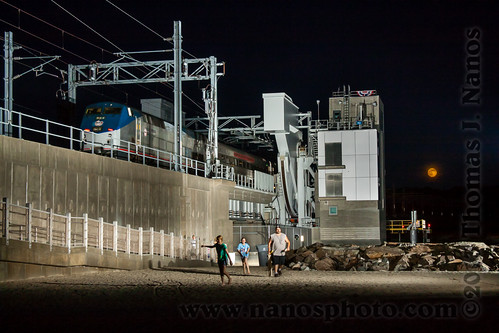 Eastbound and the Super Moon
An eastbound CT-DOT Shore Line East commuter train heads over the Niantic River Drawbridge on the Niantic/Waterford town line as the moon rises in the east. Three flashes were used for this shot, and it was shot in one single frame. 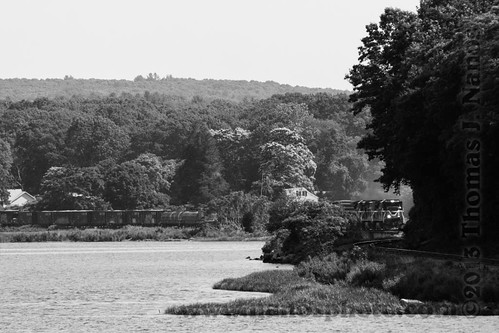 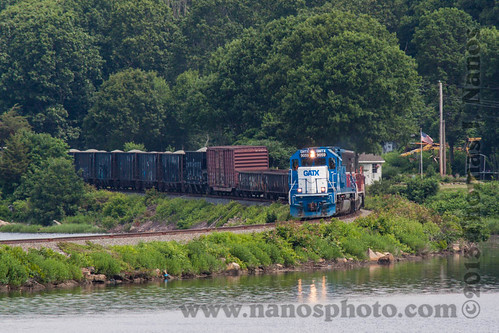 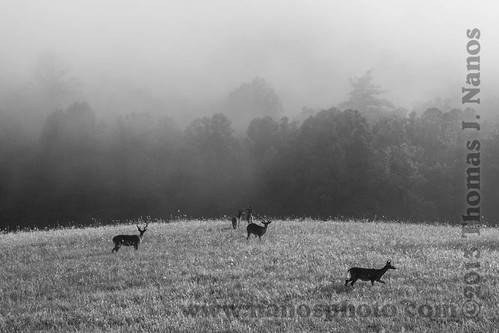 Deer in the Mist
Deer in the morning fog at Cades Cove, Great Smoky Mountains, TN 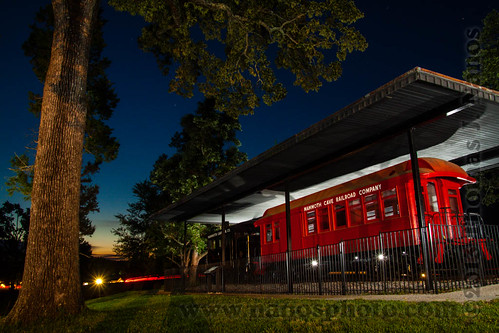 Mammoth Cave Sunset
The Mammoth Cave Railroad Company train (Baldwin 0-4-2T and Combine) on display at Mammoth Cave National Park in Kentucky just after the sun sets in the west. 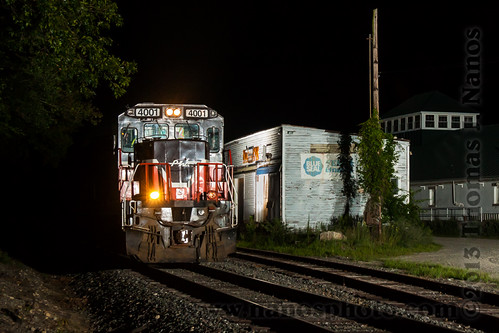 PW NRWO at Baltic, CT
The theme of the night was "not according to plan." First up, I was going to shoot a different train, but opted to instead bag P&W NRWO, which was closer to home. After setting up, and waiting about an hour in Baltic, CT, they showed up, and I bagged this shot - which was lit here by three lights. The original plan was four, but for some reason the one off to the left decided not to fire (turned out to be a battery connection issue). Still OK overall, but would have been nice to have some light down the side of the train. Oh, well...

One thought on “Getting back into the swing of things…”