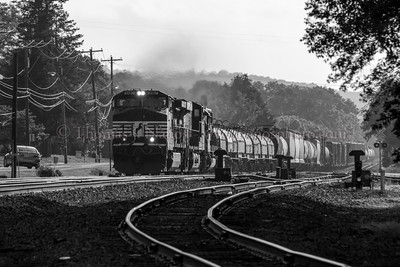 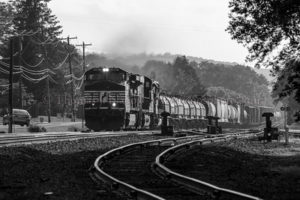 New Year’s Eve 2014 – a time to reflect on the past year’s accomplishments – of course, in the context of the good old blog here, that would be looking at things photographically speaking.  Well, 2014 was a light year for me in the photographic realm – only getting out to shoot about 40 times through the entire year (typically I’d get out more than 120 times each year).  But I’d like to think this year was about quality and not quantity.  Let’s see if my picks for the year reflect that…or is the cold I’m fighting influencing my choices…

As with previous years, we’ll move in chronological order, and I’ll make some (very) brief comments on the photo.  And you can view a larger version of the photo by clicking on the small version here – that will bring you to the online store where you can also easily purchase prints by clicking the “Buy” button on the lower right.

First up was a trip my younger daughter Callie and I made up to the Grafton & Upton Railroad in North Grafton, Massachusetts – in fact this was the first rail photos I took in 2014, and wasn’t until the middle of Januaryt.  The first shot is one I took of her getting a shot of the passing F7A in North Grafton, and the second is a shot at Carroll Street in North Grafton during our chase.  Just a nice morning out with my daughter – a little daddy/daughter quality time. Callie gets her shots of the passing Grafton & Upton Railroad F7A in North Grafton, Mass. Providence & Worcester train NR-2 rolls by an old feed store in Baltic, Connecticut on the evening of March 18, 2014.

In early April I headed out one night to light up New England Central Railroad train 608 in Norwich.  The spot I picked out was in the parking lot of Benny’s – but apparently that freaked out the workers inside, and they ended up calling the police on me.  He came after the train rolled by to follow up on the call, but after a quick chat, he was on his way satisfied I was no threat to anyone (and let the folks working inside the store know that too).

2014 also brought me on a couple of business trips to Pennsylvania and New Jersey – not nearly as many as in previous years, but on those few trips, I did manage to get out and shoot.  One trip in late April brought me to some new spots, including Mertztown and Duncannon, Penn., but also to the ever-familiar Pottstown, PA and the distinctive Reading station. Norfolk Southern train 261 – a westbound RoadRailer – heads into the sunset at Mertztown, PA

A westbound Norfolk Southern freight claws their way up the grade in Duncannon, PA the evening of April 24, 2014

An eastbound Norfolk Southern freight heads over Sherman’s Creek in Duncannon, PA towards Harrisburg just after sunset, and during the start of the “blue hour”

Another trip up to the Grafton & Upton Railroad in North Grafton, MA in early May gave me a peek into something quite different – the swapping of fuel injectors in the prime mover of an EMD CF7.  Here’s a look at the top of a power assembly, which is part of the prime mover.

A look down at the top of an installed EMD 567 power assembly (minus the fuel lines) – one of 16 in this locomotive’s prime mover otherwise known as a diesel engine for the non-railfans out there). The locomotive was undergoing some routine maintenance.

Late May brought something I had been working hard to complete – my first solo photographic art gallery exhibit.  The Oliver O. Jensen Gallery in Essex, Connecticut hosted my first exhibit, titled A Dozen Miles in a Decade, featuring 39 large prints of The Valley Railroad I had taken over a 10 year span.

A look at my first solo photographic art gallery exhibit – A Dozen Miles in a Decade – at the Oliver O. Jensen Gallery in Essex, Connecticut.

On June first, I was fortunate to have been able to take a cab ride on the Essex Clipper Dinner Train, photographing engineer Fred and the equipment as he hauled a trainload of diners from Essex to Haddam and back.  Here’s probably my favorite shot from the trip, where the dinner train meets No. 40 at Deep River.

Late June brought me back to New Jersey for another business trip, and I visited a couple familiar spots, including Macungie, Alburtis and Mertztown, PA. An eastbound Norfolk Southern freight rolls past the flower garden at Macungie, PA right around sunset on June 16, 2014

The tail end of Norfolk Southern train 35Q heads west through a cornfield in Mertztown, PA

In July, our family took our annual vacation – this time it was up north camping in Maine, New Hampshire and Vermont.  Our stop in New Hampshire was in North Conway, and of course I had to pay a visit to the Conway Scenic for a night shoot.  The following day, the four of us rode the Cog Railway to the top of Mount Washington – thankfully it was a nice and clear day!

Had an impromptu night shoot on the Conway Scenic Railroad. One shot of the pair of MEC inspiried geeps in North Conway, NH Mount Washington Cog Railway steam No. 2 backs down the side of the mountain.

Moving on to late August, which brought the arrival of the Amtrak Exhibit Train to the Valley Railroad’s Essex station – providing a unique photo opportunity where the Valley’s 3025 pulled the exhibit train into the station.  Also, since the train was there for the weekend, I arranged permission to hold a small night shoot around the train and station area.

Valley Railroad Mikado No 3025 pulls the Amtrak Exhibit Train into Essex Station earlier today. The Exhibit Train is visiting the tourist line this weekend, and will be open to the public.

The Amtrak Exhibit Train set up at the Valley Railroad’s Essex Station rests after a full day of greeting visitors.

September not only brought the school year back for the kids, but it also brought be back to New Jersey, where I tried something a little different at a familiar spot – Macungie, PA, and got some different power on the head end of the train in the form of a former Santa Fe Warbonnet.

At the start of October, we lit up the night for the 11th time in a row at the Connecticut Eastern Railroad Museum in Willimantic, Connecticut where we lit up some larger and deeper scenes than previously.

The 11th month of the year started out with a short business trip to New Jersey and Pennsylvania, and my favorite shot is a quite simple static shot of the Pennsylvania Northeastern’s power resting in Lansdale, PA.

Some of Pennsylvania Northeastern’s power resting at Lansdale, PA

The remaining part of November, and all of December were pretty much all spent along the Valley Railroad between Essex and Chester, Connecticut after dark.  I even got a chance to do a little night photography while on a cab ride in 3025.  Here’s a small selection of the photos I took during the last 6 or 7 weeks of 2014.

Valley Railroad engineer Brian chats with another trainman on the ground while he waits for clearance to enter the new engine shed at Essex, Connecticut.

The Valley Railroad’s two Mikados – Nos 40 and 3025 – are tied down in the railroad’s new enclosed engine servicing facility after the second night of North Pole Express trains. Valley Railroad Fireman Mike tosses a shovel-full of coal into the firebox of Mikado No. 3025 as the train pulls a North Pole Express. Taken with an black & white only and infrared modified Canon 30D. Valley Railroad Mikado No 40 backs a sold-out North Pole Express over Waterhouse Brook in Chester, Connecticut on a cold and rainy December evening.

A two frame composite photo of Valley Railroad No 40 leading a North Pole Express through the Centerbrook section of Essex, Connecticut.

The second to last Valley Railroad North Pole Express of the 2014 season, led by Mikado No. 3025, crosses over Chester Creek in Chester, Connecticut on the evening of December 28, 2014.

And that wraps things up for this year.  I’d love to hear what you think of my picks – feel free to comment here on the blog, or leave a comment on Facebook.

Thanks for reading, and I hope you and your families have a healthy and prosperous new year – happy 2015!