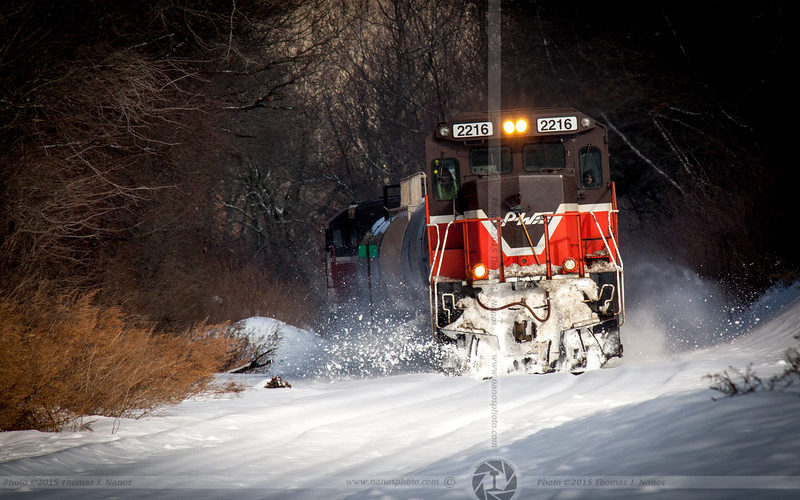 Two Thousand and Fifteen started out like most any other year for me – a busy schedule for the family/kids, a chock-full year at work, and lots of stuff in the ‘photo idea’ bin, coupled with some time to possibly take care of at least a few of those goals.  Then February hit, and my world was turned upside down.

On the morning of February 26, 2015 my father, Elliot Nanos, passed away at the age of 70 near where he and my mom lived in Florida.  He had been battling a number of health issues that eventually took his life – and his death really shook me to the core.  So, needless to say, photography has been something of an afterthought for the most part of 2015 – more of an escape at times…and only when I could muster the creative energy to make myself go trackside with my cameras.

But Dad would never want me wallowing in my sorrows, so towards the end of the year I tried to get out as much as my hectic family and work schedule would allow me.  And that’s what you see the bulk of here – those times I was able to duck away for a bit, and expose some pixels to passing trains.  Here are my top 20 picks of 15 (get it? 20 of 15 – 2015…yeah, I know it’s corny…) – posted in chronological order.

As usual, you can click on each to view a larger version, and of course all are available for purchase as prints by clicking the “Buy” button that should be visible on all the pages with photos.

A portion of Providence & Worcester train NR-4’s power passes by a GMTX leased GP38 left for the New England Central Railroad in their Willimantic, Connecticut yard.

A former Conrail (and former New Haven) E33 sits at the southernmost end of the Valley Railroad in Old Saybrook, Connecticut. The locomotive will be picked up by the Providence & Worcester Railroad to begin its journey to Altoona, PA and eventually its final home – at the Ilinois Railway Museum. Two Alien Bee B800s for lighting. Providence & Worcester train NR-2 pauses briefly over the Railroad Avenue grade crossing in Plainfield, Connecticut, as a line of cars patiently wait for the train to shove back.

Norfolk Southern train 39G, with a pair of Union Pacific locomotives, passes by the pavilion in Macungie, PA. Strobist Info: Three Alien Bee B800s for light. One off the frame to the right pointed at the train at full power, a second on the same side of the frame pointed at the tree set to 1/16 power, both with 11″ long throw reflectors. The third is inside the pavilion in the rafters, bare bulb, at full power. All triggered with Paul C. Buff CyberSync radio triggers.

Valley Railroad Mikado No. 3025 leads a North Pole Express train over the Old Deep River Road crossing in Centerbrook, Connecticut. This photo was inspired by two photos – done 30 and 60 years prior. The latter being the Pincus/Hart Jr. work “Night Ride 1985” taken at the same crossing, and Link’s “Luray Crossing, Virginia 1955” Lighting was three Alien Bee B800s and a Lumedyne 200 w/s The Central New England Railroad’s GP20 reflected in a puddle at their terminal in Windsor, Connecticut. Yes, it was flipped in Lightroom… The Valley Railroad’s obeservation car “Goodspeed” clears the Essex Street grade crossing in Deep River, Connecticut. This car is on the tail end of the second section of the railroad’s wildly successful North Pole Express trains. Valley Railroad Mikado No. 40 hauls the last North Pole Express of the 2015 season through Chester, Connecticut on a cold, misty night.

Valley Railroad conductor Roman pauses after No. 3025 cut off from their train in Essex yard. This was at the end of the final night of the 2015 operating season.